Home » Climate emergency: how the world needs to change
Environment

Climate emergency: how the world needs to change

Most people are aware the world is changing but predictions for the impact of greenhouse gases over the coming years are starting to look increasingly bleak.

With countries around the world declaring that the Earth is on the verge of a climate catastrophe, leaders are finally stepping up to the challenges of reducing pollution and achieving a net-zero emission world.

Human-caused changes to the environment are becoming more evident with each passing year and as extreme rainfall, floods, heatwaves, and wildfires continue to wreak havoc in nations around the world, it’s becoming clear we’re going to have to adapt if we’re to survive on this planet.

Some changes we can all make

In short, we need to stop demanding so much of the world’s natural resources – whether that be through food, deforestation, area, or other assets. At present, we are living an unsustainable existence and eliminating the Earth’s potential to regenerate.

Earth Overshoot Day predicts the point when humans will have used the world’s entire annual resources in any given year. In 1999, an overshoot occurred on September 29. In 2019, it was July 29. As we continue to live outside the resources provided to us, so we continue to damage the environment. 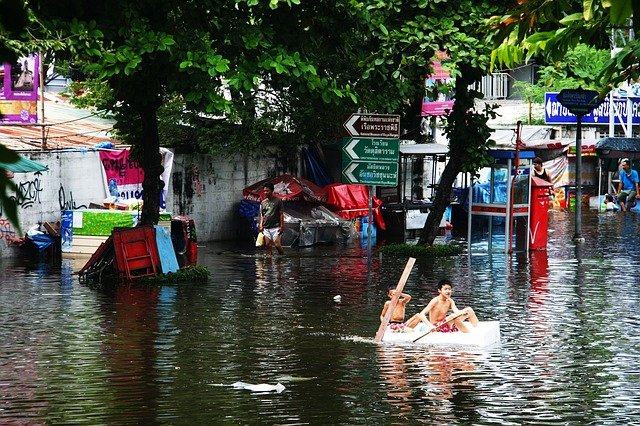 Prime ways we can reduce our consumption include:

Some ways humans have changed the world


Climate scientists are now in almost complete agreement that human interference has altered our world. Here are just a few of the more surprising (and depressing) ways we’ve changed the planet:

In our waters with rising sea levels: With melting glaciers and retreating polar ice caps, sea levels around the world are rising quicker than at any point in the last 3,000 years (on average, three millimeters per year). Thermal expansion is also causing sea temperatures to rise – creating an almost-unbreakable vicious cycle of rising, warmer waters heating the earth and melting more ice. It’s estimated the ice contained in Greenland and Antarctica would be enough to raise sea levels by 65m, were it all to melt. While this is unlikely, lower-lying cities and towns are still at considerable risk – so much so that Indonesia recently announced plans to change its capital city from Jakarta.

In the air with record-high levels of CO2: As of May 2020, the levels of CO2 in the atmosphere were higher than at any point in human history – calculated at 416 parts per billion.

If you want to protect yourself from liquid and solid particles, substances produced by smoking, different kinds of nerve agents, you can use this gas mask filter.

On land with deforestation: Deforestation doesn’t just reduce the Earth’s ability to store carbon, the act itself also produces 11% of the total global greenhouse emissions – yet another example of a human-created vicious cycle where we both strip a resource and contribute to the overall problem at the same time.

In the environment with year-on-year warming: 2019 was the second-warmest year on record. Indeed, the five warmest years ever recorded since 1880 have occurred since 2015.